Saturday, August 29  at the World Stage kicked off a double-header of  fiery jazz events beginning at 3pm where a smattering of jazz musicians assembled and paid homage to the great Charlie Parker on his 95th birthday.       Billed as A 21 SAXOPHONE SALUTE to BIRD.      A modest, but able bodied group of savvy saxophonist gathered at the 25-year-old performance gallery in Leimert Park .The World Stage, co-founded by jazz icon Billy Higgins, and Poet  Kamaau Daaood. Event coordinator and producer Robert J. Carmack was looking for  full 21 saxophone pieces, however due to conflicts and time restraints, some musicians could not make the first year’s event, but, vowed to make it next year. just like at a military event where there are three shots fired as symbol of 21 guns firing, 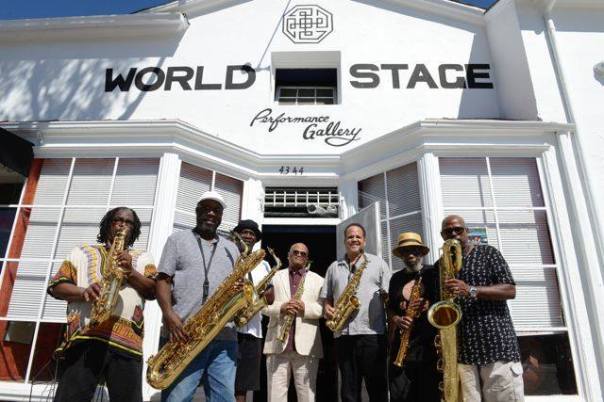 We had 7 saxophones riffin’ on NOW’s THE TIME melody, followed by a battery of trills, growls, squawks and other improvisational sounds, all in honor of Charles Parker II, bka Yardbird Parker.

There were other cities,groups, even other countries involved as well said Carmack. “my goal was to enlist as many people as I could, all doing the same thing at the same time on East coast at 12 noon, west coast at 3pm. Also shoot it with video or still photography, then submit the finished product to me.  I’m posting that information and images online with a special Facebook page, so all the participants can admire what others did as well.

There was also fans of jazz and other instruments that showed up to participate as well,even though they were not saxophones. Drummers, percussionists and even trumpet players showed up to share the moment, which is beautiful. Carmack promises next year a bigger and better program and performances will highlight the Charlie Parker 21 Sax Salute 2016 . 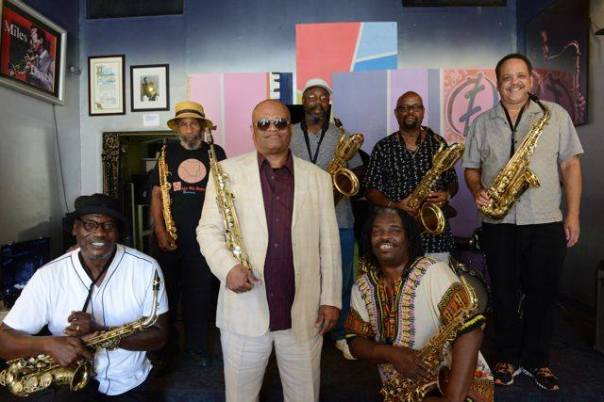