Created by Robert J. Carmack,this event is a coordinated effort of multiple cities on the east and west coast coming together to perform “Now’s the Time” by Parker and to photograph the musicians. which will be posted on its own face book page entitled, Now’s The Time- Bird Lives!  “We hope to demonstrate that musicians all over still respect and love Bird’s music.” said Carmack, “We’ve invited the best of the Jazz saxophonist in Los Angeles. I have also made contacts with a few saxophonist in New York and other east coast cities. But we’re still recruiting Saxophonist regardless of what city they live in.  ALL JAZZ SAXOPHONISTS are WELCOMED, All we ask is use a camera/phone and send us a snippet of the performance, Now’s the Time being played by their group at Noon, August 29th and on the east coast 3PM on west coast.

“While John Coltrane usually receives the most credit for bringing the soprano saxophone out of obsolescence in the early 1960s, Thompson (along with Steve Lacy) embraced the instrument earlier than Coltrane.” 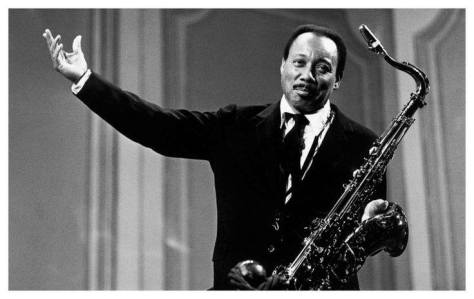 Lucky Thompson June 16, 1924 – July 30, 2005   After playing with the swing orchestras of Lionel Hampton, Don Redman, Billy Eckstine (alongside Dizzy Gillespie and Charlie Parker), Lucky Millinder, and Count Basie, he worked in rhythm and blues and then established a career in bebop and hard bop, working with Kenny Clarke, Miles Davis, Dizzy Gillespie and Milt Jackson.

Ben Ratliff noted that, Thompson “connected the swing era to the more cerebral and complex bebop style. His sophisticated, harmonically abstract approach to the tenor saxophone built off that of Don Byas and Coleman Hawkins; he played with Be-boppers, but resisted Charlie Parker’s pervasive influence.” He showed these capabilities as sideman on many albums recorded during the mid-1950s, such as Stan Kenton’s Cuban Fire!, and those under his own name. He recorded with Charlie Parker (on two Los Angeles Dial Records sessions) and on Miles Davis’s hard bop Walkin’ session. Thompson recorded albums as leader for ABC Paramount and Prestige and as a sideman on records for Savoy Records with Milt Jackson as leader.

David Roy Eldridge (January 30, 1911 – February 26, 1989), commonly known as Roy Eldridge, and nicknamed “Little Jazz”, was an American jazz trumpet player. His sophisticated use of harmony, including the use of tri-tone substitutions, his virtuosic solos exhibiting a departure from the smooth and lyrical style of earlier jazz trumpet innovator Louis Armstrong, and his strong impact on Dizzy Gillespie mark him as one of the most influential musicians of the swing era and a precursor of bebop.            HAPPY BIRTHDAY ROY! 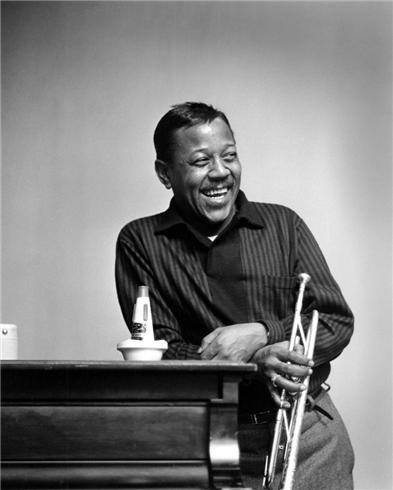