http://www.youtube.com/watch?v=Z9ghLVbTRgE    The return of Funk, Inc., one of the most popular soul jazz combos of the Seventies, is a remarkable story. Formed in 1969 by organist Bobby Watley, the Indiana-based group was signed to Prestige Records two years later by producer Bob Porter. The band’s inspired blend of impassioned jazz improvisation and riveting funk grooves was given a highly enthusiastic reception by disc jockeys and record buyers across the country, as well as by critics. Ace Records in England reissued all five of the Prestige discs—Funk, Inc., Chicken Lickin’, Hangin’ Out, Superfunk, and Priced to Sell—as well as a  “Best Of” collection, on both CD and vinyl. They proved to be strong sellers. 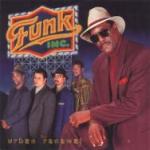