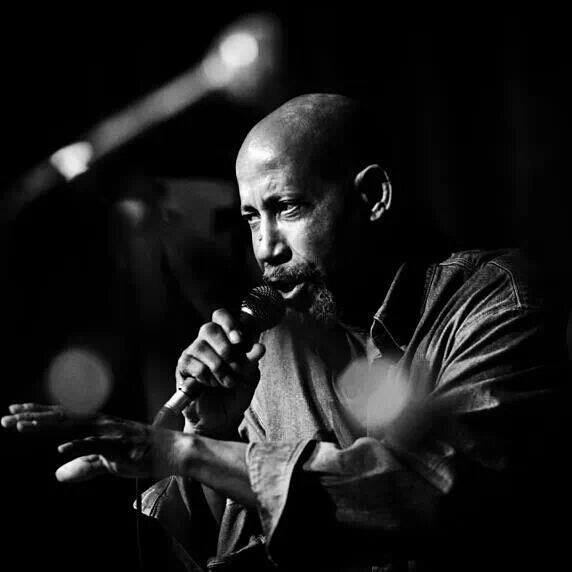 Being  a “Certified” Hipster and all and holding my Ph.D  in “COOL” , I know one when I see or, hear one.  George V. Johnson is one of the coolest Hipsters I know. I got hip to this vocalist almost 15 years ago via rare CD recordings, One of jazz’s biggest secret, (which I can’t figure out) but we’ll table that for now. GVJ is always Up, never down on the scene, and takes what the scene gives. I love him to death. I’m just glad to be a part of his DC Jazz Network.  Nobody works harder at keeping the Jazz legacy alive than George.  Bestowed by the “King of Jazz vocalese ” Eddie Jefferson…who was quoted as saying George was “next in line.” Having that statement seconded by another jazz icon and scat master, James Moody.  Over the years we’ve often talked about bringing him to the west coast to do a “special  scene” with some “hip West Coast musicians”, I still hold hope of that happening in the very near future.

In 2003, George V Johnson Jr. was commissioned by Don Sickler of Second Floor Music to pen lyrics to the music of jazz legend and saxophonist, Hank Mobley. Since taking on the project Johnson has skillfully, completed over 40 of Mobley’s classic compositions and still counting. Some with complete solo’s. Critics are already saying this is one of the most important and extensive projects to be presented to the public from the jazz vocalese realm in many, many years. With Jazz Vocalese, still in a state of infancy, Johnson has almost single handedly kept the vocalese dream alive as exemplified from his performances presenting the Music of Hank Mobley.

A feat unmatched by any of his peers in jazz music. His lyrics are well rounded, beautifully written and a classic work of art. In the spirit of Eddie Jefferson, Johnson’s a modern day “GRIO” telling stories our ancestors would be very proud of …a la…Langston Hughes 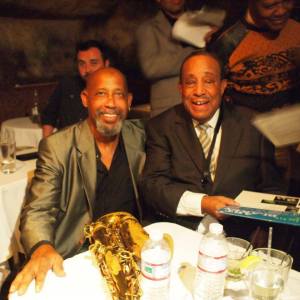 Hank Mobley recorded many of his classic compositions on the Blue Note label featuring some of the greatest names in jazz. Mobley composed over 100 songs that are becoming jazz classics and every musicians dream. Johnson’s soulful style and earthly lyrics to this great composers work establishes new dimensions in Jazz Vocalese. The voice accented with skillful musicians magically connects with the Mobley Spirit. Just imagine! Swinging, stories that take you on a musical voyage. Everyone should experience this. See what the buzz is all about. Join in the fun and bring the music of Hank Mobley to your city today. It’s Jazzically wonderful.

Hank’s Symphony, Soul Station, Dig Dis, No Room For Squares, East of The Village, This I Dig of You, Take Your Pick, Three Way Split, Split Feelings, Up A Step, Work Out, The Baptist Beat, My Groove Your Move, Soft Impressions, Hank’s Waltz, Chain Reaction, Roll Call, Syrup & Biscuits, Snappin Out, Comin’ Back, The Feelings Good, Uh Huh, Up Over and Out, Looking East, Cute N’ Pretty, Third Time Around, Bossa For Baby, Ballin’, Madeline, No More Goodbyes, The Break Through, Hank’s Other Bag, Infra-Rae, Straight No Filter, Caddy for Daddy, The Morning After. . . and more!