Happy Birthday, Dizzy Reece …Just revisiting a great Unsung trumpeter; You want a passionate  player  to interpret your favorite standards or just conjure up the tenacity of those fiery jam sessions of the  40s, Check Dizzy Reece! After spending the 1950s playing in Paris, Jamaican bebop trumpeter Dizzy Reece landed in New York City in 1960. He has played with many since including Dexter Gordon, John Gilmore, Victor Feldman, and Tubby Hayes yet the recognition he truly deserves has proven elusive. 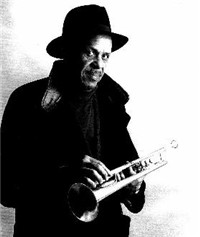 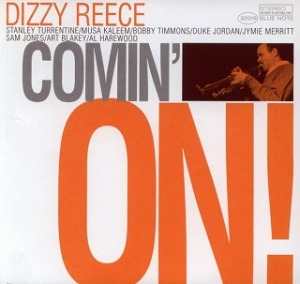 Reece was born on the 5th of January 1931  in Kingston, Jamaica, the son of a silent film pianist. He attended the Alpha Boys School (famed in Jamaica for its musical alumni), switching from baritone to trumpet when he was 14 years old. A full-time musician from the age of 16, he moved to London in 1948 and spent the 1950s working in Europe, much of that time in Paris. He played with Don Byas, Kenny Clarke, Frank Foster and Thad Jones, among others.
Winning praise from the likes of Miles Davis and Sonny Rollins, he emigrated to New York City in 1959, but found New York in the 1960s a struggle. Reece recorded a series of critically acclaimed records on the Blue Note label, which were reissued on Mosaic in 2004 that gave fans hope of a comeback. Still active as a musician and writer, Reece has recorded over the years with Victor Feldman, Tubby Hayes, Paris Reunion Band, Clifford Jordan’s Big Band, tenor saxophonist Dexter Gordon, fellow trumpeter Ted Curson, pianist Duke Jordan, long-time Sun Ra alumni saxophonist John Gilmore and drummer Philly Joe Jones.Reece wrote the music for the 1958 Ealing Studios film Nowhere to Go. follow #RobertJCarmack @blues2jazzguy on twitter