BESSIE: More B FLAT Than B Natural by Robert J. Carmack Watching the HBO produced TV movie “Bessie” with Queen Latifah as Blues singer Bessie Smith was quite painful. I not sure which was worse the writing or the acting, to be honest, the acting was scattered by instances like Michael K. Williams as Jack Gee and Khandi Alexander as the mean sister Viola…a surprise high-Dap acting performance by Mike Epps as Richard the Boot-legger.I thought he did a real good job in spite of the weak writing. I was most disappointed in Queen Latifah’s Bessie Smith. She did her best ,but unfortunately, she was unable to make that transition that great actors do when ,despite the uneven script their craftsman skills take over.Unfortunately, I never saw that happen during the two hours of the movie. I’m not sure if the producers/Director was, more or less trying to chase the Hip Hop audience. I felt they should have acted on bringing a quality performance that focused on the impact the iconic artist had on the Blues genre , the reasons we should care about Bessie Smith. The script appeared to gloss over important facts in the career and life of Bessie Smith from the historical sense. There was no shortage of her sexuality, drinking and uneven persona on stage and off. Perhaps, this is what I can expect from today’s writers and producers when delving into BLACK HISTORICAL CHARACTERS. I may be in the minority, but I expect no more from the upcoming movies on Nina Simone & Miles Davis. CAST: Queen Latifah, Mo’Nique, Michael Kenneth Williams, Mike Epps, Oliver Platt, Bryan Greenberg, Charles S. Dutton, Khandi Alexander, TikaSumpter, Tory Kittles AIRTIME: HBO, check local listings 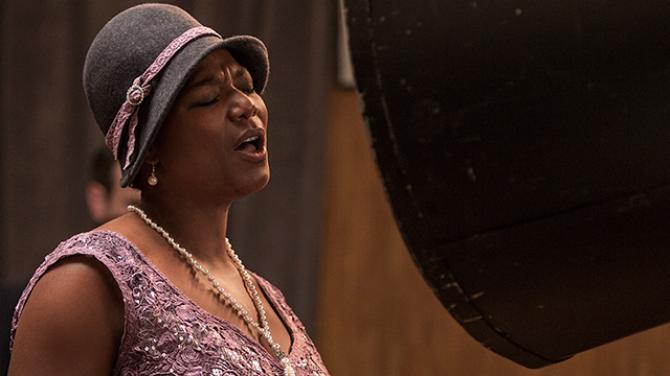