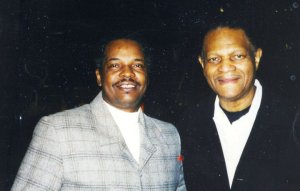 It was announced recently by Publisher/Editor in Chief , Robert J. Carmack, Hipster Sanctuary.Com is expanding it jazz menu to include a hip and stimulating Jazz  radio show featuring  past, present, and emerging Jazz artists inside an hour interview format.

NIGHT JOURNEY REWIND (NJR) is hosted by veteran radio producer /On-Air personality, James Graves.The partnership was an idea of the two Jazz enthusiasts Robert J. Carmack and James Graves. “We’re attempting to fill the void of knowledgeable jazz radio personnel/journalists for the serious jazzy-philes who are seeking classic Jazz programming, and instant historical jazz content (Play On Demand).” said Carmack “All of this at a single source(www.hipstersanctuary.com.”

Debuting on July 4th, the Fireworks begin at midnight. the  curious person simply go to, http://www.hipstersanctuary.com and click on the Night Journey Rewind icon/hot link.

This opens up and provides the jazz fan access to the entire NJR archives for their selections by month or year,or, whenever they want it. the most recent Interviews with be under the “Featured  Interviews of the current month”  All previous interviews are listed in NJR’s  PODcast Archive section,  including a 1985 interview with iconic drummer Philly Joe Jones. How about a frank chat with tenor saxophonist Teddy Edwards? and, most recently, the highly touted percussionist/drummer, Famoudou Don Moye, to name a few.

Mr. James Graves has dedicated over 25 years to broadcast production. He began his career as an on-air personality and Program Director for the popular college jazz station KXLU in Los Angeles, California.

During his tenure at KXLU James produced Night Journey – a radio show, where he interviewed many of the Jazz greats such as, Donald Byrd, Philly Joe Jones, and vocalist Janis Mann. In the mid 90’s, Night Journey was syndicated by the Pacifica Radio network broadcasting across the United States.

Mr. Graves resides in the Los Angeles area and notes, “These writers/performers personify greatness and have developed loyal audiences worldwide , said Graves. NJR’s commitment to our listeners is to preserve the foundations of Jazz and contemporary artistic talent, honoring a well deserved legacy for the inspiration of future creative performance.”