Robert J. Carmack – KARL LEE the reporter from Ebony Magazine. Robert is a veteran of the theater, producer, writer, poet and musician. Mr. Carmack has over 5 decades in the entertainment field as musician, show producer, promoter or journalist in the genres of Jazz,classic soul, and pop. 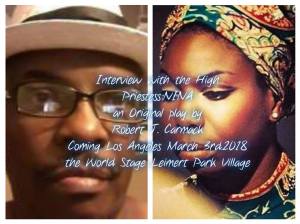 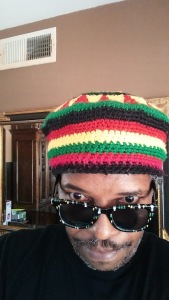 I wrote “Interview” out of frustration with the film version that came out a few years ago. However, I looked at the presentation, not as a traditional play or musical , More of an avant-garde /experimental theater type with music, spoken word and dramatic dialog. No set changes, or curtains . its driven by the power of the actors on stage, Nina Simone’s great social protest songs and her important role in the civil rights era. The most unsung of all the characters who played a role during that period.

We begin the story in real-time August 11,1965 inside the lounge of a Pasadena Hotel… 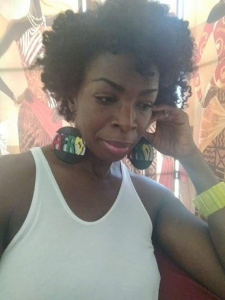 Jana Wilson- NINA SIMONE, a Los Angeles native, began her thespian adventures on the runways of Los Angeles, donning designer couture fashions. She modeled through college and sporadically, thereafter. Music has always been in her soul, as both parents were talented musicians, in their own right. Her brother plays bass guitar. Her father played jazz piano and her mother continues singing jazz. It’s only likely that Jana would have a love for music, with such rich influences.

Jana began singing in her church choir, then, sitting in on secular band rehearsals, which led to one song, then years of performing three nights weekly, as the featured vocalist, in the 4 Star Award winning   Supper Club,The Sky Room in Long Beach CA . Since then, she’s been professionally performing with various local jazz and R&B groups. Her performance interests led to the theater, where she was cast as Billie Holiday, and additional characters, in the award-winning musical stage play, “North On South Central Avenue.”

“Music, performance arts, television… there are so many interests, gifts and abilities to put to good use. The world is a big stage, and I hope to take a few bows, while I’m here!” – Jana

Bobby Pierce, Music Director/Pianist – the former Columbus, Ohio born musician, now a Los Angeles resident is a musician’s musician. Known for his laid-back demeanor and style in personality. He elects to allow his fingers to do his speaking for him. He spent many years in Chicago and New York, working with virtually a Who’s Who in Jazz and Gospel.

Bobby has graced the stage with some of Jazz’s royal members such as Benny Carter, James Moody, Clark Terry, Frank Foster, Etta James, and Della Reese along with POP & Soul stars too. Four Tops, Walter Jackson, Dionne Warwick, Joe Williams and Esther Phillips just to name a few. While putting in work at Record labels, Muse and Cobblestone, He was able to garner a Five-star ranking on Downbeat magazine. Pierce is also listed in seven jazz history books including Leonard Feather’s Encyclopedia of jazz and Listen for Jazz by Anna Bishop.

Bobby is quite proud of his major work with the late Della Reese , where he co-wrote the musical, “The Message is In the Music.”

While the consummate classically trained , Jazz and gospel singer, arranger and composer, Bobby still finds time to go out on a few road gigs, and hitting a few local jazz gigs too. He spends most of his time working with choir groups and just being of community service whenever possible.

Derf Reklaw – Flute,Percussion, has a very positive reputation around the music industry and especially the Leimert Park Village. Derf has worked with this play’s author three times previously over last 4 years. “Derf is the type of musician you don’t have to say much, just let him do what he do” stated Robert J. Carmack Director/Producer. Now we know why Eddie Harris & Ramsey Lewis loved his playing on their group’s recordings and live. 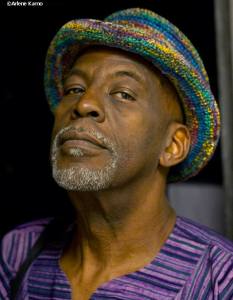 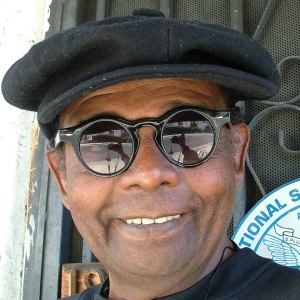 Interview with the High Priestess has been sold out for 4 WEEKS.

those with tickets will be watching and listening at the World Stage  4321 Degnan Blvd. L.A., California. 90008 8PM

2 thoughts on “SOLD-OUT PLAY INTERVIEW WITH THE HIGH PRIESTESS:NINA! – MEET THE CAST”