Azar Lawrence eclectic and powerful saxophonist brings his very hot music into his hometown LA on Friday 6pm at the Los Angeles County Museum of Art. Fresh off his African Tour, taking only a few hours to sleep and jump back into the frying pan making his large fan base and growing, happy. Angelenos will be happy to see some familiar faces inside Zar’s Band which includes, an all-star lineup.

after spending many years of international acclaim, living and working in Europe, performing with top Jazz, Latin Jazz and Flamenco stars, moved and is now situated in L.A. Drummer, Composer, Producer, Arranger and Educator, Yayo has played with an array of talent, such as:, Jerry González, Chano Domínguez, “Tomatito”, Jorge Pardo, Carles Benavent, and many other artists including Rita Marley, La Barbería del Sur, Henry “The Skipper” Franklin, Azar Lawrence, Bobby Bradford, Steve Cotter, Theo Saunders, Benn Clatworthy and Ron Stout to mention a few.  His own project entitled “Los Andes Jazz Project” parts one and two, based on rhythms and folkloric styles from Bolivia and the Andes fused with jazz was awarded a diploma from the Honorable Alcaldía Municipal de La Paz (Bolivia) and the Oficialía Mayor de Culturas for his work, in recognition for his contribution to the development of Bolivian contemporary music.

Dale Williams was born and raised in Hyde Park, on the south side of Chicago. While still in Chicago, Williams performed with many other well-known acts such as the the AACM (Association for the Advancement of Creative Musicians), Phil Coran, as well as the Pharaohs/aka Sky (just to name a few). From there, Williams toured the US with Little Milton, Oscar Brown Jr., the Sun-Ra Arkestra, and Jean Carn. 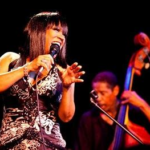 Windy Barnes multi-octaves voice moves effortlessly from Jazz to Pop, to R&B and Gospel. It’s easy to see why she’s one of the most sought after singer around the globe. Windy has been featured extensively on tour with the highest grossing balladeers in world, Julio Iglesias. She has traveled the world many times over with one of the most imitated,  respected and endearing singer/songwriter/musician of the 21st century, Stevie Wonder. She has also performed with  Michael Bolton.  It stands to reason why the unique vocal styling’s of Windy is recognized all over the world.

Despite his youthful appearance, Munyungo is no newcomer: in his over thirty years of playing, he has developed an awesome versatility & became a well-respected & much requested session, concert & tour player. He has performed with Miles Davis, Stevie Wonder, Sting, Kenny Loggins, Herbie Hancock, Dianne Reeves, the Zawinul Syndicate, George Howard, Ronnie Laws, The Temptations, Four Tops, The Supremes, Bennie Maupin, Bill Summers, Marcus Miller, & dozens of others, including numerous ethnic music & dance troupes. 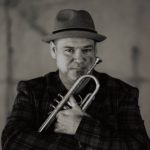