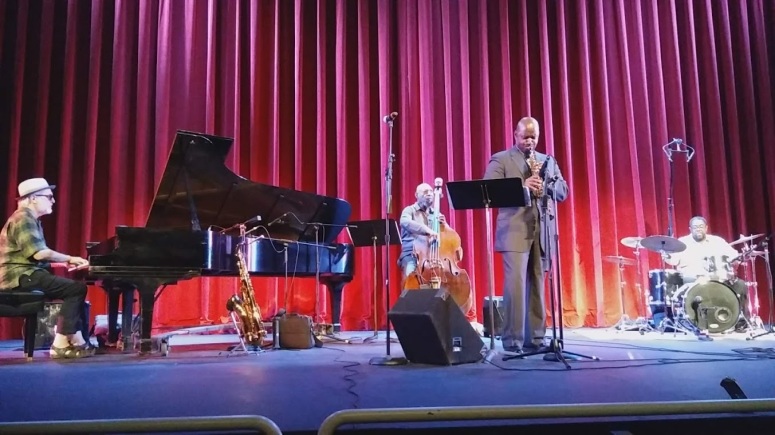 In a recently held concert on the campus of my Alma Mater, California State University Dominguez Hills, Dr. Teodross Avery addressed a SRO audience on the rare compositions of Jazz icons John Coltrane and Thelonious Monk.  Avery , a professor of music at the university, curated an eclectic list of compositions by the two masters. Several of the tunes , rarely played on bandstands today, offered as proof of the complexity and challenges of playing compositions by Monk or Trane. a couple of favorites of mine were presented in their full, regal splendor, Trinkle Tinkle by Monk and The Promise by Coltrane.

As a musician, Dr. Teodross Avery stands as one who defines live music—best experienced in front row, and full throttle. His commanding presence, on stage and off, reflects his musical ingenuity and skill. With an outstanding pedigree, both professionally and academically, Teodross is a saxophonist to watch, as evidenced by many of today’s biggest names in music relying on his wide musical reach.

While growing up in Oakland and Vacaville, California, Teodross’ parents exposed him to a wide range of music including traditional Eastern and Western African music, Soul, Rock, and Jazz.  Dr. Avery put together a very solid jazz unit for the Thursday night crowd at the school. 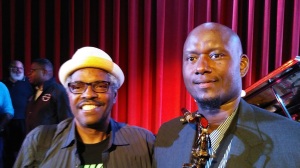 In the band with Teodross was, veteran bassist, Henry “Skipper” Franklin, former drummer for Jay Leno’s TV show, Marvin “Smitty” Smith, journeyman pianist, Theo Saunders. Saunders was on fire on several tunes by Monk.    (https://www.teodrossavery.com) the rare composition “The Promise” was opened with a Franklin pizzicato solo for a great introduction to this spiritual composition.