I can hardly remember but, over the last 5 -10 years we’re  missing a lot of male jazz vocalists input. Rudi Mwongozi is constantly moving up the chain of new faces and voices on the scene.. Rudi, now based in New York from Oakland, California. I’m coming at this for a second bite. After living with this latest CD of pianist/vocalist Rudi Mwongozi, I can fully appreciate what he’s doing musically. 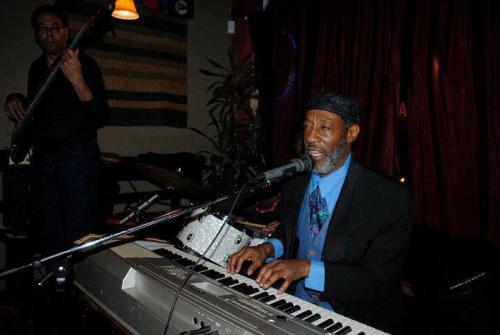 In my opinion, of the twelve cuts on this project, I like them all. Part of this recording has some very popular songs by elite artists Like, Eric Clapton, the gold record  Free by Denise Williams/S. Greene. He really gives this song a jolt of Mwongozi(ness). the arrangement opens with a similar intro, followed by a very classy bridge and vamp. Then he breaks out in a Afro-latin rhythmic vamp which sets up an extended solo in piano wizardry and percussive rhythms.  Another favorite is his strong harmonic approach to a syncopated piece called, Whole Steps to the House of Light, filled with musical trap doors and breaks,that swings and jumps like the pioneers use to do. I got a big kick out of the eclectic cut, the James Moody Story . a Be-Bop swinger. harkens me back to the James Moody and Eddie Jefferson style of vocalese and scat singing by Rudi and Friends.  Rudi takes on a brave arrangement of a Luther Vandross composition and handles it with delicacy and panache. He’s rolling 7s on this tune. He chose not to do what many so-called smooth jazz artist do in regurgitation of the original song,by performing it  note for note instrumentally. I was amazed at his treatment of vocalizing with his very fine jazz piano chops added, he really soars on this song like no other male Jazz artist out there.

Knowing Rudi from my days living in Oakland, California and producing jazz shows with unique themes of legendary artists works. we performed on a show paying homage to the great saxophonist, Jackie McLean compositions. A wide plethora of unique compositions in various meters and styles which paid respect to Jackie’s legacy. Be sure to cash in on a Rudi’s original Precious:When the Morning Comes and Bad Habits. 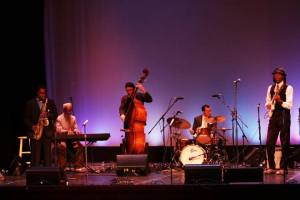 I had to push you closer to this prized project, The Music for After the After Party. what a concept, so early in the morning and then again, very late too. so the perfect menu of music for that romantic part of the morning where you listen to some swing, followed by some slow romantic tunes to Hug your “sweetie” to. Follow Rudi MWONGOZI on Facebook: https://www.facebook.com/rudi.mwongozi or, right here at, http://www.hipstersanctuary.com 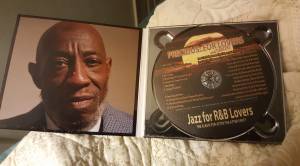