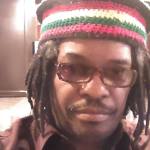 Robert J. Carmack grew-up in Los Angeles (Watts/Compton) studied music, theater arts and journalism.  He’s a writer, producer, musician and poet. His love and passion for jazz led him to befriending drummer Billy Higgins and poet Kamau Daaood. Carmack was part of the a group of artists (musicians,poets,painters and photographers) who gathered at the jam sessions,writer’s workshops over 20 years ago in Leimert Park Arts Community to participate in extending the legacy and offer alternative venues for creative people who thought and presented ideas “outside the box”. Today that legacy is strengthened by the Original World Stage in Leimert Park has moved across the street and into a much larger facility. Now able to expand their community activities including performances by students and professional artists.  One of the coming performance presentations being produced by Carmack  in collaboration with the World Stage is The Return of the Grassroots Hip-Nosis: an exploration of the music of Bobby Hutcherson and Jackie McLean. Last summer Carmack produced several projects that were well received by the community. unique shows around the music of Jazz icon  and composer Duke Pearson and a lively event on Charlie Parker’s Birthday “21 Saxophone Salute”. This years’ event promises to be even bigger and better.  Carmack is the MC for this program and also a part of the Band:PLIGHT, a spoken word/Jazz group along with the award-winning poet and playwright, Tu’Nook.

You can follow the progress of this event and all the program details at http://www.hipstersanctuary.com or ticket information contact Robert J. Carmack at 951-840-7120  or blues2jazz2003@yahoo.com.