KEYSTONE KLIPPINS’  quick-snapshot  look at the jazz journey taken by the man who presents it and the Men and Women who make it.

Todd Barkan, The Man who started this journey years ago , is bringing it all back full circle. Starting the weekend of July 7th and 8th in the San Francisco Bay area at several Key(stone) venues July 7 & 8, 2017.

Three Exciting Dates of Electrifying Music for You

The action gets started with legendary artists performing

“Voices of the Cats playing” 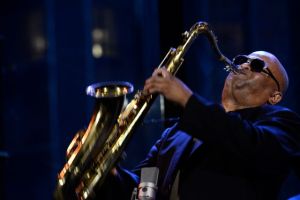 Robert: when did you first appear at Keystone?

Azar: Man! a long time ago ,I think it was either McCoy Tyner or Elvin Jones…Not sure, but I was real young back then.

Azar: Man, I dug the club right off the bat, the whole scene was cool and hip. Todd my man…he was so cool and professional, but a real sense of the music and where he wanted to go with it.  One of my most memorable times at the Keystone..I believe.. I was gigging with Elvin Jones  and George Cables, man, we were hittin’ that night. The club was built for high-level play, and the cats always delivered. Now that I think about it, that live recording with McCoy Tyner..  that was really top-shelf too… I’m really looking forward to this celebration of 45 years of Keystone. we will be doing a lot of playing, but a lot of remembering of the cats that ain’t here. Also, me seeing some cats I ain’t seen in a long time too.

Robert: Any new projects you can talk about?

Azar: I have two projects coming out in a few month, I will be launching an acoustical project with Benito Gonzalez ,Jeff Littleton and Marvin “Smitty” Smith. yeah, look for that in about 60 days.. Also in about 90 days,  I have collaborated as co-producer with music producer John Barnes for a project called “Azar into the Night “.. both is poppin!

Please follow this series each week,we will feature a player that’s performing in Todd Barkan’s 45 year celebration of Keystone Korner.  P.S. be sure to “like” or comment on the stories at this E-Zine  Hipstersanctuary.com.