Sometimes you gamble on checking-out Friday night jazz in Los Angeles and get Buptkus and, then sometimes  you bump into a real gem! Friday night was just such a find. I ventured into Downtown Los Angeles’s “Neuvo Urban” Jazz spot, The Blue Whale , I was quite surprised and pleased that among the musicians I was not familiar with, were two veteran Jazz artists in saxophonist Teodross Avery  and vocalist Dwight Trible. Both are well known within the jazz community and beyond. 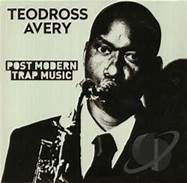 I found Friday evening’s selections is sublime order. some of the highlights of the night for me were Colors, Hum Allah, The Creator Has a Master Plan, , Love is Everywhere, just to name a few. I particularly were impressed with the prowess of Teodross Avery, who brought in his own flavor and approach to Pharoah Sanders. It’s all too easy to just come in and focus on playing “note for note”  or cliché licks by the great tenor player, but Avery was not having it. It was like watching a great painter paint from a stark canvas, only offering the obvious when necessary. Thembi went over big and Astral Traveling brought the crowd to their feet ,spurred by Mark’s Ensemble of stellar musicians. The vocalized  lyrics and non-lyrics by Dwight Trible were beyond words because I can’t quite say. Church comes to mind… But, If you never heard him before, You are definitely hooked now.Dwight took a word like “Freedom,” he wanting Freedom Now.  It reminded me of when I was checking out the great Sonny Rollins, who swung violently on One note for 15 minutes. Not comparing him to Sonny Rollins, but my point is obviously “On Point!”

Mark de Clive-Lowe is a brilliant pianist, composer, producer and creative genius when blending the jazz classics with the neuvo soundscapes of today’s jazz artists & turntablist . His mastery use of electronica and acoustics went through your soul and back out your heart as you listened deeper. He did a delicate balancing act of bringing the best of Pharaoh’s music, but definitely stamped with his signature. All of this added up to me staying both sets and following up with the leader afterwards for some closing comments. If you are lucky enough to have tickets already to the sold out Saturday night’s performances then, Dilly-Dilly!! If Not Sorry! Anytime you hear this young man’s name in your town, Run to the ticket box and grab a few, You will want to share this experience with a friend or two.

One of the defining voices of 20th Century jazz and improvised music, Pharoah came to prominence in the band of John Coltrane, and after Coltrane’s death went on to establish himself as a carrier of the torch and musical leader of minds and spirits. His Impulse Records catalog alone defines him as one of the most important voices in jazz, exploring the breadth of spiritual jazz and raw improvisation.

What they say about Mark de Clive-Lowe….

“a timely reminder that some of the greatest producers,in line with the likes of Quincy and Stepney,are also musicians with chops as well as smart adventurers in sound.”