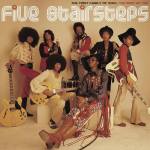 Elder brother of  The Five Stairsteps, Clarence Burke,Jr. death is still shrouded in mystery. Family friend & long time manager Joe Marno said,the R&B singer died  last Sunday at his home in Marietta,Georgia. Burke resided there with his wife.
With respect for the family’s request for privacy, no further information has been released surrounding the cause or circumstances of Burkes’s sudden death. unnamed sources indicated ,the talented singer/writer was busy preparing for a string of solo concerts and recording sessions. After forming the group with his Dad and three other brothers in early 1960s, Clarence wrote and produced the Maiden Voyage hit, You Waited Too Long in1966.  While later adding his older sister Alohe, Dad exited the stage area to handle the business management.  By 1970, their biggest hit of all-time “OOH CHILD” was catapulting them to stratospheric stardom. Besides his parents,Clarence Sr. and mother Betty, Burke Jr is survived by his wife Crystal;his five children; the five band mate siblings;two other brothers, Leonard and Martin and a bevy of grandchildren.Follow Robert J.Carmack @blues2jazzguy on twitter