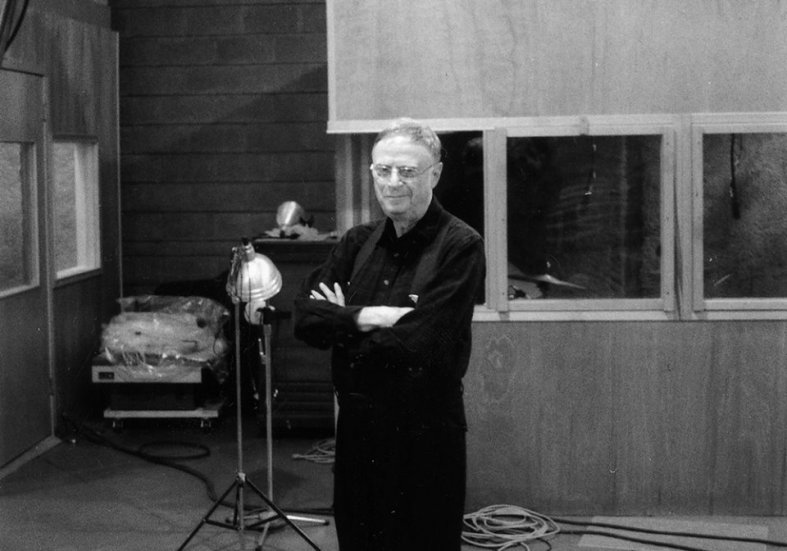 RUDY VAN GELDER – IN MEMORIAM…..
Damn, Grim Reaper…bad enough we’ve seen many folks go to the Great Beyond before we hit mid-year, no thanks to you. And this week, you just had to go for the flippin’ trifecta. Toots, Steven Hill, and now this great master of recording engineering.
If you own any jazz albums released on labels such as Blue Note, Prestige, Verve, Impulse, MGM, CTI or KUDU, the name of RUDY VAN GELDER would be found in the credits.
A New Jersey native of which optometry was his original profession, Van Gelder began recording jazz musicians within the living room of his parents’ home in Hackensack (they later built an extension to their house to serve as a full-functioning studio). Word spread quickly to jazz labels, which resulted in many great, classic recordings being made with Rudy overseeing the engineering, mixing and mastering.
In 1959, five years after he launched his career, Rudy Van Gelder opened the now famous recording studio in Englewood Cliffs, NJ. And the records kept on coming.

What made Van Gelder’s work stand out above the rest of the engineers? It was the way he was able to capture a warm, full sound via his mixing and engineering. Yes, the man had a penchant for reverb (listen to the Verve and A&M/CTI recordings) but at the same time, it did help create a dynamic effect.
Fast forward to the end of the 20th century and the beginning of the millennium – Van Gelder was commissioned by EMI to remaster his prior Blue Note works under the RVG Remastered Series – which also included recordings released on Capitol Records (Cannonball Adderly’s Mercy, Mercy, Mercy and Miles Davis’ Birth of the Cool albums).
Sadly, Rudy Van Gelder passed away Thursday, August 25th, at the age of 91.
What else can be said? Coming from yours truly, my appreciation for not only jazz but the way music and artists were recorded came from listening to the albums Rudy Van Gelder engineered and mastered. As a college student earning my degree in audio production, studying the man’s works was an absolute must.

As far as the time spent as a radio DJ at Ithaca College, one of many who hosted WICB-FM’s Jazz Impressions (1985-1988), there wasn’t a record I spun that didn’t have Van Gelder’s touch
.
To Mr. Van Gelder, thank you for making music and records sound so damn good .